There are several reasons why Ostad Elahi’s music offers a unique and powerful opportunity for promoting active listening. The numerous improvisations imbue the music with a free quality, while the unusual harmonic and rhythmic structures cause the brain to be attentive in a dramatic way. The complexity of the music, with its changing rhythms and tonal variety, renders the acoustic patterns rich and interesting. The auditory system consequently receives a great workout due to the amount of information it must process.

All of the selections in MFM II are improvisations. Improvisation is a powerful experience for both the musician and the listener. The combination of repetition, innovation, and freedom in Ostad Elahi’s playing contributes to the freshness, spontaneity, and energy contained in the program. Although the language of the music begins to gradually reveal itself with repeated listening, the nuanced twists and turns that one constantly encounters prevent the mind from placing the music into a known format. Since sound stimulation programs are often created to help those who close out sound or become stuck in certain behaviors or patterns, Ostad Elahi’s music is particularly well suited for this purpose.

The tonal qualities of the tanbour are quite dramatic. A digital spectral analysis of Ostad Elahi’s music has revealed an unusually dense range of high frequency sounds that invite deeper and more precise listening, promoting increased awareness, creativity, motivation, and energy. This density is partly due to the fact that Ostad Elahi often played multiple notes per second that built on each other’s harmonies.

The percussive nature of the sound of the tanbour naturally provides the effect of random gating. Gating is a method of increasing the volume and intensity of certain frequencies within full spectrum sound in a random or planned manner. It is another technique sometimes used in sound stimulation programs to prevent habituation and to encourage active listening. The music of Ostad Elahi is so rich in randomly intense sounds that no additional gating was required.

Nature sounds are often blended with the music at the opening and closing of the different sections. The addition of nature sounds is a means of ensuring that the brain stays alert and does not habituate and tune out sounds, thus encouraging active listening. They also calm and soothe us, providing contrast to the intensity of the music. To maintain the authenticity of the listening experience, the nature sounds on MFM II were actually recorded from the area where Ostad Elahi lived. These sounds were then enhanced to add spatial awareness to the listening experience.

As Ostad Elahi’s music was recorded under simple and nonprofessional conditions in a small room with almost no resonance, the sound of the music has been softened by adding resonance to the original recordings, creating the effect that the music is being heard in a medium-sized concert hall. As the recordings progress, this effect is diminished to provide a more intimate sound that better communicates the power of Ostad Elahi’s music.

In today’s environment, we are bombarded by the noise-polluting, low-frequency sounds of machines and automobiles. These sounds deplete our energy and make us tired and irritable. To make matters worse, we are subjected to penetrating, high-frequency tones that are used as warnings, setting off our internal alarms and flooding our nervous system with adrenal hormones (adrenaline, epinephrine, and cortisol) that push us into a stressed fight/flight response. These tones include the sirens, horns, fire alarms, and smoke detectors that pollute our environment to the point where we stop listening in order to survive. Our perception of high-frequency sounds needs to be retrained, and this can be done using a sound stimulation program such as MFM II. 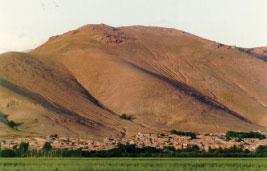